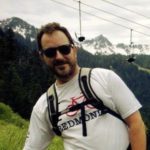 My name is John and I’m a freelance designer. Graphic Design Syndicate is born from my love of visual communications.

I have been involved in visual communication almost all of my life. A love of drawing turned into an obsession with making hand-lettered signs and I became a sign maker, working for over a decade in the sign business. Signs–as an element of visual communication–gave me insights into many aspects such as typography, use of color and imagery, usability and wayfinding, large format display and much more.

As the sign industry evolved from traditional media to digital, I made the transition as well, eventually specializing in vector graphics. I also learned HTML and CSS and combining that with my design skills, began to develop the occasional HTML website. Soon I learned PHP and began building custom websites on top of the WordPress platform. 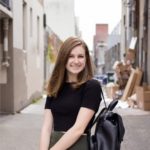 Around this time my oldest daughter Alyssa began winning awards for her photography. She had a gift for selecting beautiful and interesting subject matter and an eye for composing great photos. Her creative direction as an artist led her to attend a school with a renowned photography program. Unlike many programs that teach only digital photography, her school included instruction in traditional film processing as well as digital media. She would go on to win awards for traditional film photography and for digital manipulation using Photoshop.

Alyssa continued to evolve as an artist as she began attending the University of Washington School of Art, Art History and Design. She increasingly focused on design as an extension of her photography, eventually shifting her degree from Photo Media to Visual Communications Design. Now as she prepares for her final year in the Visual Communications program at UW, Alyssa can often be found working on her design portfolio when not busy taking wedding and portrait photos. 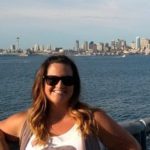 Alexis and I met in 2011 and our creative collaborations began almost immediately. She is an influence that is both artistic and inspirational. Alexis has an amazing eye for color and texture and thus a gift for interior design. She creates beautiful original works in watercolor and is a talented outdoor photographer. But her greatest talent is in the kitchen, where she excels as a chef, creating appetizing and delicious culinary masterpieces worthy of being served in the finest restaurants.

Alexis is also the organizational force behind GDS, keeping all of our projects in order, ensuring that schedules are on track and deliverables are met. She does all of this while keeping up a lifestyle blog that chronicles our adventures in travel, food, home improvements and family fun. Maybe most importantly, she can name almost any song on the first or second note.